We vote for archetypes

In principle, an election is based on the informed choice made by citizens based on a rational political program. However, in practice, only a minority of voters take the time to read the programs, and an even smaller minority remembers the content of the program only one year after the election…

So, if it is not rationality, what drives the choice of voters? I would say primarily the meeting between a certain collective mood and a psychological figure – often parental – that embodies the answer to this need. In other words, through voting, we first turn towards an archetype that matches our emotional needs.

For example, what explains Vladimir Putin’s election is primarily his ability to embody the role of a protector capable of restoring Russia’s past glory in a chaotic context. The phenomenon is even clearer with Donald Trump, who was not elected on an program, but only on the fact that he embodies a certain image of America’s prosperity coming straight out of the 80s, thus answering the psychological need of a large number of Americans suffering from the crisis and frightened by the uncertainties of a world that is changing too fast.

In France, the presidential election of 2017 has thus confronted a series of archetypes: the Protector (Marine le Pen, who defends national values ​​and cohesion against external threats), the Prophet (Jean-Luc Mélenchon, exalted bearer of humanist values ​​and a new society), the Rector (François Fillon, who embodies order and rigor), etc.

In my opinion, if Macron was elected, it is primarily because, in the face of these archetypes, he symbolized a figure more encompassing and more powerful than the others: the Prodigal Son. This is how he managed to respond effectively to these two contradictory tendencies that polarize the French: the conservative tendency and the need for change.

France is at a turning point in its history and I think it would be a mistake to consider that it is dominated only by a reflex of conservation and protection. On the contrary, if the social reaction is so weak in front of the scale of the reforms initiated by Emmanuel Macron, it is because after decades of immobilism, a growing part of the French is now eager to live a real mutation, no matter what.

However, another part of the population fears this leap into the unknown. In fact, it is even probable that this conflict between the reproduction of the past and the attraction of the unknown is actually played out in the interiority of many individuals.

Where the other politicians have embodied one or other of these tendencies (the radical change for Jean-Luc Mélenchon and the return to the past for Marine le Pen), Macron’s strength has been his virtuosity in reconciling these contradictions in a long “I understood you” Gaullist developed up to the dimensions of a political movement: En Marche.

Emmanuel Macron, interview given to the Parisian 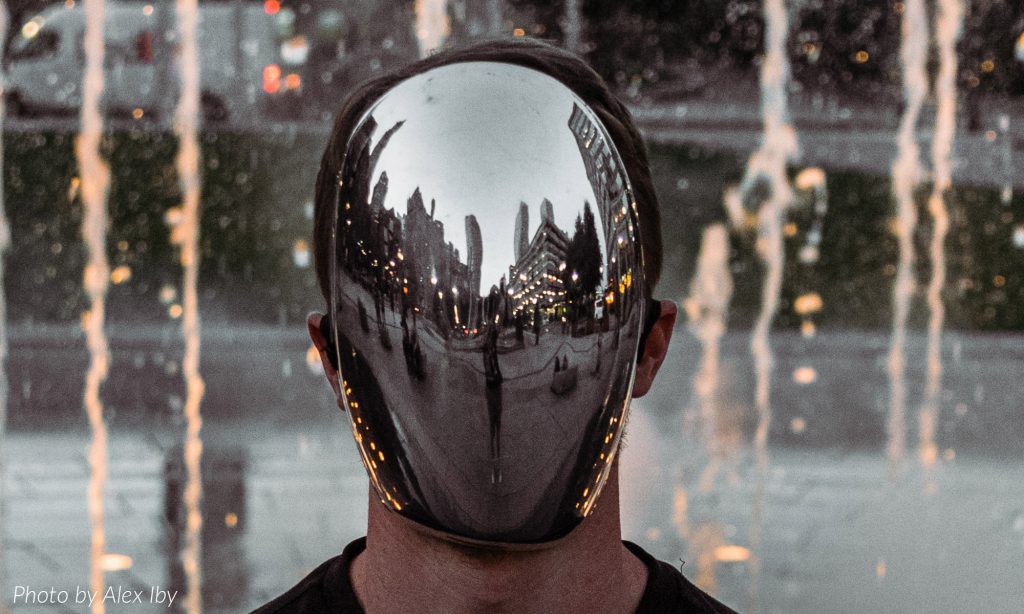 This success was helped by a surgical use of collective intelligence during his campaign.
Normally, political figures depend on a complex apparatus of which they are the visible extension. Their political campaign programs are developed by small groups acting as think tanks; the speeches they utter are produced by oratorical artists; the books they publish are written with essayists who lend them their pen.

On May 28, 2017, Emmanuel Macron partially departed from this rule when he announced on Facebook that he would go door-to-door to meet the French and establish a “diagnosis of the country.”
Subsequently, En Marche has set up a questionnaire system distributed by all its local relays to collect the feelings of the French on the major issues of society and the solutions they imagine to solve them: 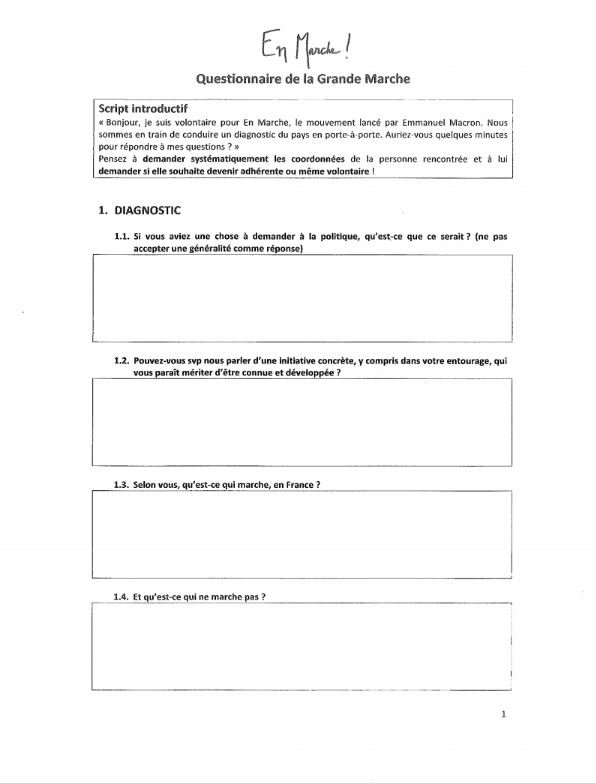 The returns of these questionnaires allowed Emmanuel Macron to build a discourse that his detractors often described as nebulous, but which resonated with the collective expectations and intimate feeling of the people. No wonder, since it was precisely built from this feeling!

All the genius of the future president was to extract from the diversity of this patchwork brought up by this participative consultation the quintessence of values ​​that make sense for all beyond the internal tensions that tears the society apart.

In a way, the French voted less for a program than for a reverberation of their own desires, a common reading-board of the direction in which society wants to go, and which materialized in a man whose main quality was to withdraw as an individual in order to play the role of a mirror towards the collective.
And just as Emmanuel Macron’s program emerged from a mosaic of complex and contradictory aspirations, the figure of the leader he embodies is just as changeable. You will hardly find two people who agree in their vision of the character, precisely because his capacity of adaptation is so strong.

Obviously, he is guided by a few strong principles: so far, the measures taken by Emmanuel Macron have shown that it evolves in a neoliberal belief system. Nevertheless, it is very possible that these beliefs themselves evolve if he perceives that the currents of history go elsewhere.

Far from being a Jupiterian leader, what strikes me is on the contrary its mercurial nature, which adapts to the circumstances and which can draw on a wide range of behavioral possibilities going from authoritarianism to collaborative strategies. I see it as a precursor to a new generation of leaders who will be able to use a much larger inventory of postures to respond to the complexity of today’s world.

The providential savior, an outlet for general powerlessness

Laziness and cowardice are the causes which explain why so many men, after nature has long freed them from any foreign direction, remain willingly, for their life, minor, and that it is easy for others to become their guardians.

Emmanuel Kant, What is Enlightenment? 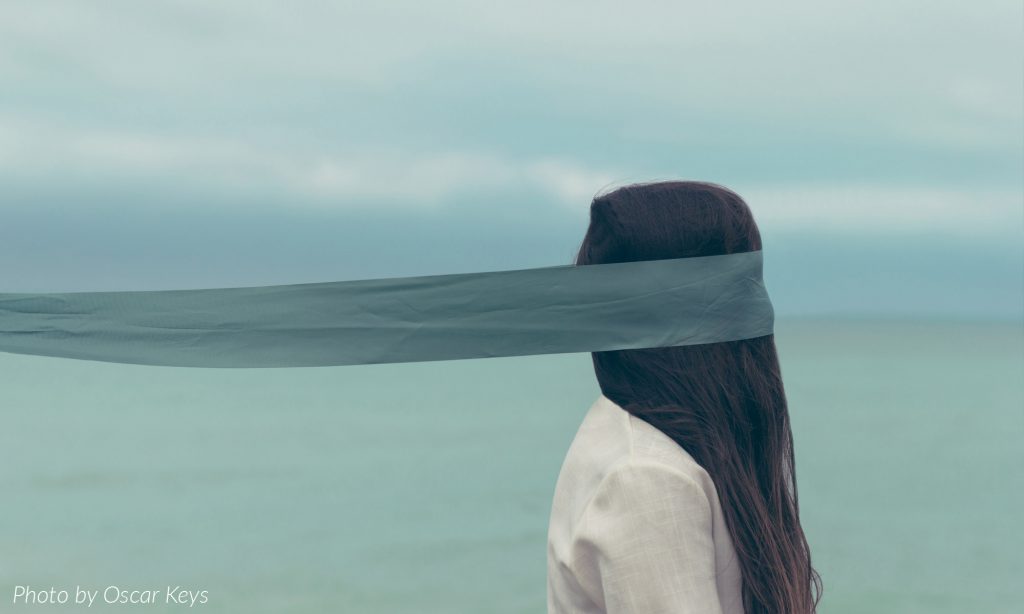 Still, the time when Emmanuel Macron appealed to collective intelligence did not extend beyond the campaign.

En Marche has managed to initiate a massive collaborative dynamic, mobilizing citizens beyond political trends. However, if these citizens have acceded to the National Assembly, the executive appointed by Emmanuel Macron remains largely composed of specialists from the ENA and the world of large companies.

It does not mean that current government actions are useless. France is a country that has changed very little in decades, in a world that is changing faster and faster. The inertia of the system has become such that it is now indispensable to carry out a deep structural reform of education, work, health, etc.

Such changes require specialists who understand the inner workings of the State, who can deal with unions and who can create trust with big companies. However, even if all those reforms succeed, it will at best create a more favorable framework for collective emancipation, but without triggering it.

The extremely strong expectations crystallized by Emmanuel Macron have installed him in a figure of Messiah. However, there is nothing worse than this archetype of the providential man to bring the collective in a relationship of dependence where the leader comes to save / protect / guide individuals. Yet it is precisely this scenario in which France is locked again, extending a tradition that crosses all French history through figures as different as Napoleon, Pétain or de Gaulle.

It is often said that France needs a strong leader. If we mean by that a providential character, I think it’s totally wrong. France lives in a crisis of confidence as to its own capabilities. This doubt finds its roots in unresolved conflicts. The most important in my opinion is the Collaboration and the fact that France was placed in the camp of the victors at the end of the Second War. This “shameful victory” still weighs on the collective unconscious and is reflected in a deep complex of devaluation. It nourishes an extremely strong need for a genuine victory that restores the self-confidence of the people.

However, such a victory can only be brought by crises that we will manage to overcome together. If all the French spent only an hour of their weekly time working together to solve the problems that concern us all rather than watching debilitating shows on television, they would do more good than the most intelligent laws that the government can invent.

From this point of view, the only central question is that of collective empowerment: how to turn the problems we face as a country into challenges that will awaken and develop our collective intelligence?

For a Ministry of Collective Intelligence

From this point of view, we do not need a messianic president who protects us or saves us from ourselves.

If he fails to activate this collective intelligence, there is a high risk Emmanuel Macron’s mandate turns as a repetition of that of Sarkozy – with 10 years of additional discontent and frustration – and that the president becomes the target of the nation’s discontent.

From this point of view, the greatest gift that Emmanuel Macron can make to the French people is to understand that we are intelligent enough to organize ourselves and to find solutions collectively by starting from the smallest possible level: the individual.

My conviction is that France needs an inspiring president, a leader-coach who puts us face to face with our contradictions. The only real question is that of collective emancipation. It is about producing responsible beings. It is about feeding us with challenges that will make us grow.

Only this confrontation with ourselves can free us from our doubts and realize the release of the energies that Emmanuel Macron has called for. And this activation must not be made after the structural reforms undertaken by the government: it must be carried out in parallel.

Personally, I believe that the future of political parties passes through models such as www.mavoix.info, which is based on a fully participative logic. But this type of model is perhaps still a little too far ahead of its time, and in the immediate future, En Marche represents in my opinion one of the most interesting assets that has been generated by the action of Emmanuel Macron. The rise of such a collective movement is, to my opinion, the real novelty and the real star of the 2017 election.

From this point of view, I distinguish 4 levels in the activation of the collective intelligence: the discussion group (the members of the community exchange together but without precise objective: Facebook, LinkedIn …), the Think Tank (the members of the community analyze problems and propose concrete ideas to improve things), the Do Tank (community members act together through participatory budgets and collaborative action platforms) and the Share Tank (members pool their knowledge and form a learning community).
When a community is simultaneously thinking, acting and learning, it becomes a true ecosystem capable of changing the world, which represents the fifth stage in the awakening of collective intelligence.

For now, en Marche is stuck in the 2nd stage, and may live the same fate as all these companies whose leaders appeal to employees to suggest ideas, but do not trust them enough to let them act in order to turn them into reality.

In most cases, this ends up causing considerable frustration with the collective, and the risk is that En March becomes the main force of opposition to its own creator.

In a previous article, I proposed some simple and concrete ways to enpower people through politics. I believe that France could send a strong signal to the world by creating a Ministry dedicated to the development of Collective Intelligence.

This would finally free us from a play that has lasted too long, where the providential savior becomes the scapegoat and the fairy tale ends in sacrificial drama.