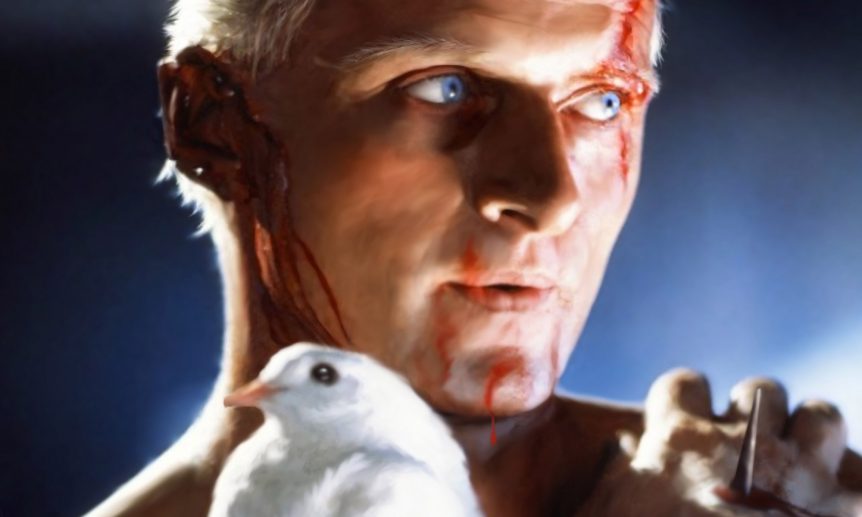 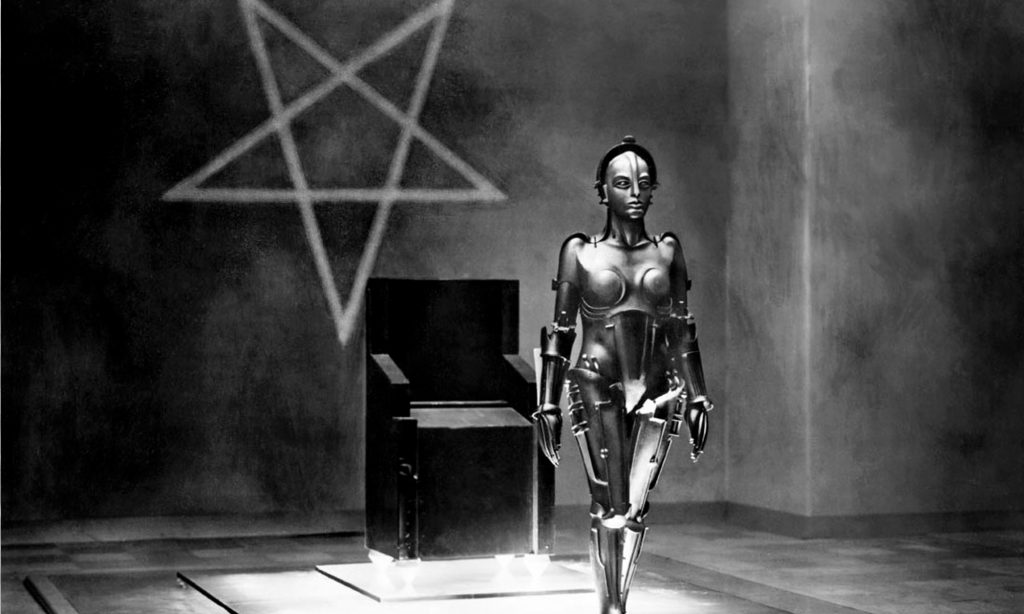 Robots have been in the deepest oceans, they’ve been to Mars, you know?
They’ve been all these places, but they’re just now starting to come into your living room.
Your living room is the final frontier for robots.

As a teenager, I devoured Isaac Asimov’s science fiction novels that showed what the future might look like once humanity would begin to create machines in its own image. What disturbed me most in these readings was that robots taught me more about humans than humans themselves. As if we always needed to confront the non-human in order to understand our own humanity.

Today, I feel like I live inside one of his novels. We live the precise moment when the world described by Asimov is becoming reality:

Terry Gou, president of FoxConn, ironizes about the fact that when he will finally replace the children who work in his factories by robots, people will stop accusing him of slavery and the Western equipped with iPhone will finally sleeping from the sleep of the just. He does not, however, state his opinion on the future of the million people he plans to lay off.

These emerging economic signals show that for the first time in the history of mankind, machines are becoming complex and intelligent enough to replace on a large scale the work provided by human beings, including performing specialized tasks.

This revolution will have an unprecedented impact on the world. According to the most recent studies of the OECD (2016), up to 20% of jobs will disappear by 2025. For all the new jobs that will appear, there is no corresponding training. As for the jobs that will continue to exist, they will restructure completely to use new types of skills.

Machines never sleep, never complain and have no existential problems that affect their performance. Unless, of course, a machine with consciousness finally appeared, in which case the machines could ask for leaves to devote themselves to truly useful things, such as calculating Pi to an octillion, or getting rid of humanity!

However, this massive mechanization of the economic production force raises questions, not to say anguish, among the general public.

Let us expose at once the negative scenario: a society where machines take people’s work, causing mass unemployment and an exponential increase in economic and social inequalities. In response, democracies evolve into policing states where robots are used to ensure order and curb popular discontent. Not to mention technologies that make it possible to improve human beings and which provoke an unprecedented social split between the “normal” and the “augmented”…

The real machine is not the one we believe 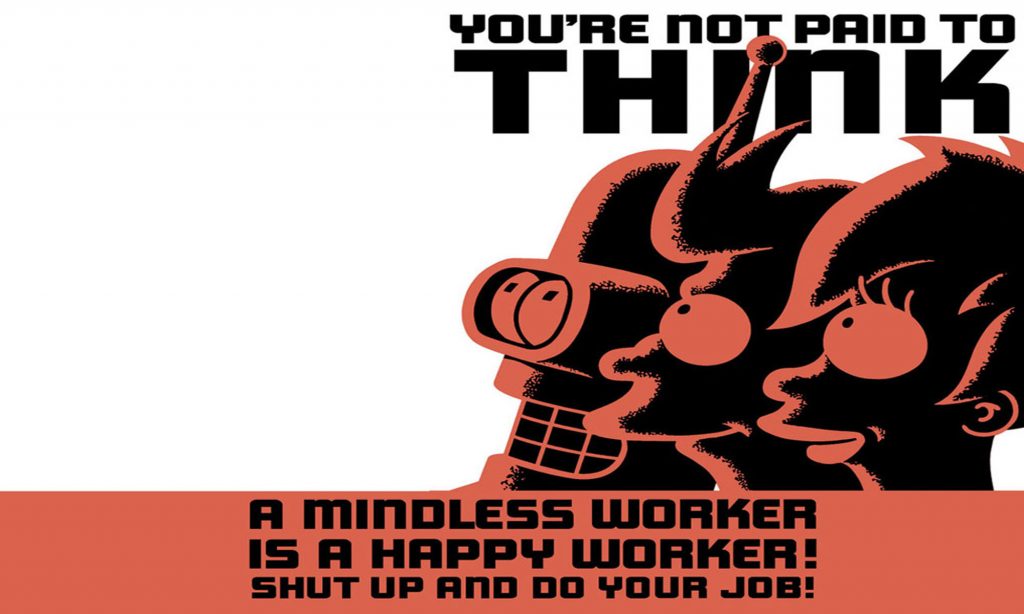 Hardly a competent workman can be found who does not devote a considerable amount of time to studying just how slowly he can work and still convince his employer that he is going at a good pace.(…)
In the past, the man has been first. In the future, the system must be first.

When we are faced with the unknown, part of us is always tempted to cling to the past. One way of reproducing the past is to project a negative vision of change, which keeps us in nostalgia and alleviates the violence of the system in which we live.

For my part, I see in the current upheaval the possibility that the machines, paradoxically, reveal us our own humanity, which has been largely confiscated by the materialistic and scientistic ideology that has dominated the whole modern era.

The current organization was born with the Industrial Revolution. It sought to reproduce as faithfully as possible the model of the machine, instrumentalizing human beings so that they function like well-oiled wheels destined to accomplish a specialized task. Taylorism, while bringing the effectiveness of the scientific method to the enterprise, has also confined human beings in a straitjacket of constraint, mistrust and control.

This mechanization of the organizations went hand in hand with the excessive financialization of the economy, until we finally considered that human beings were assets of the enterprise that could be mobilized as well as money (and generally considered to be much less important than the latter). This is how human resources are spoken of in the same way as financial or real estate resources.

Even more deeply, what has made the singularity of the modern age is that it represents the only moment in history in which man has believed himself totally free from nature, to the point of bending it completely to his will.

At this stage, a little detour through the history of philosophy can prove enlightening. From the 16th to the 18th century, the original program of modern science was defined by the thinkers of the Renaissance and then by the philosophers of the Enlightenment. It focuses on the object. Through a mechanistic reading of phenomena, it is a matter of understanding – and therefore of controlling – what is happening in the natural world. The human mind, by virtue of its transcendent nature, is therefore excluded from this field of search.

This line of demarcation makes it possible to compare the process of mechanization of nature with the increase of human well-being and freedom, according to the following equation: the greater the mastery of technical forces allows humanity to reshape its environment, and the more our happiness increases.

If we replay the film of the last few centuries, it becomes obvious that in reality, the increase in our technical power has led to the opposite effect: the more our technical mastery has grown, And the more we lost the ability to be happy. In place of the well-ordered pattern where science was to liberate mankind, everything became confused: the boundary between man and machine, in particular, has been redefined with each new discovery.

Thus, we began by considering the stars as things instead of cosmic figures. Then the natural elements, then the plants, then the animals, then the human body, then the brain, and finally, the soul itself.

This series of concessions was then quite logically completed at the moment when we began to consider that the human being was also a mere product of blind mechanical forces, and that by acting on them it had to be possible to decompose it, to mold it and to improve it in the same way as the rest of nature.

Transhumanism is the last logical step in this process of reification. It consists in pushing the logic of control to the end by bending a nature perceived as irrational and deficient (especially since it forces us to die) in order to “augment” our bodies in all possible ways, even to free ourselves from death itself.

But the truth is, the greater the power of man over nature, the greater his internal powerlessness, which raises the deep meaning of this quest for immortality.

What if it were better to live a short life, but rich in love, friendship and learning, than a very long and meaningless existence? What if death was not necessarily a nothingness, but a mystery that gives life its depth?

Towards a new Renaissance 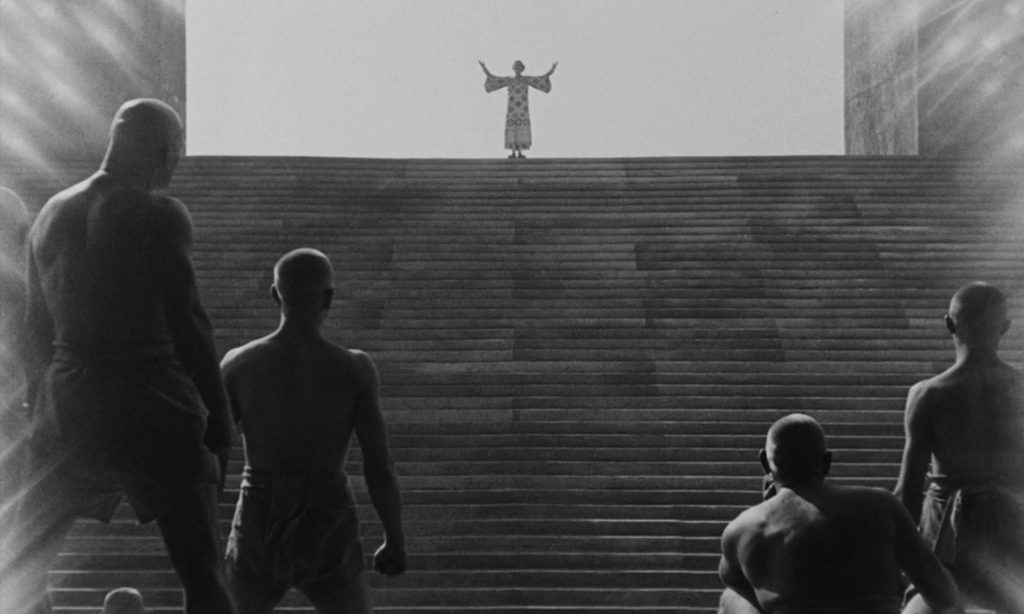 Man’s main task in life is to give birth to himself, to become what he potentially is. The most important product of his effort is his own personality.

That is why I do not defend the world of current work “against” the arrival of machines. The problem is not that the machines will replace the work of man. The problem is that the labor has been organized for over two centuries to transform human beings into machines.

Modern society conditions us to respond to three main imperatives: to obey, to consume, to control. These imperatives condition education, training and work.

We have become so cut off from our own emotions that we live in greater inner powerlessness than ever before. We then compensate for this internal powerlessness by a search for external power. This process leads us to exercise control over other human beings. This gives rise to organizations with their countless egos disputes, their hierarchies, their endless manipulations to acquire more power and security.

In how many corporate boards behaviors have become so automated that directors could be replaced by robots without anyone noticing?

We are always working faster to produce more and more. This vicious circle gives birth to a civilization in constant acceleration, eager with more power, but who no longer knows where it is going or even why it exists.

Speed ​​and power are terribly dangerous because they give an illusion of meaning. It is possible to consume your all life in them without realizing it.

Is there a way out? I think so. The way is shown to us by all the organizations that have put meaning in the heart of everything, for example those described in the essay of Frédéric Laloux, Reinventing Organizations. When the work environment comes from a deep-rooted meaning, when leaders are at peace with themselves, when activity follows a natural rhythm in harmony with the biological and psychic needs of beings, the organization can recover a balance. It ceases to be mechanical and becomes human again.

So far, creating such environments was impossible on a large scale because we were unable to collectively question the dominant belief model. Now, it becomes possible again precisely because the mechanization of tasks questions the very purpose of labor.

From this point of view, what is happening today is similar to what happened at the time of the Renaissance: just before the Renaissance, a series of technical inventions multiplied the “mechanical slaves” (tools that allow human beings to free themselves from manual tasks) by fifteen in the space of a few decades.

This has enabled part of the European population to free themselves from work without added value. However, the Renaissance, far from being translated into massive inactivity, was on the contrary one of the most radiant moments in Western history. Creativity, Arts and philosophy suddenly developed unprecedented. It is also the birth of the “individual hero”.

This flamboyant outbreak finds its cause in the combination of the reorganization of the structure of economic production over a short period of time and the appearance of a new philosophical vision of humanity, centered on personal fulfillment and exaltation of human qualities.

We are experiencing a similar situation. A restructuring of production forces is again taking place in a record time, which will lead to the possibility of redefining the model of society in which we live.

Questions about universal income are only the vanguard of this search for meaning. What will be the most challenging in this redefinition will be to accept that we still have the choice. Paradoxically, representative democracy has conditioned us not to be free, but to lose the sense of our personal and collective power by delegating it to experts.

What we will have to reconquer now is our own sovereignty, from which we have been cut off by limiting beliefs, notably on the omnipotence of economics, technology and expertise. Economic forecasting has become the last idol, a divinity that has our destiny and before which we prostrate without thinking

Let us dare to ask ourselves: is labor a sacrifice? An expiation? A hard necessity? Does it serve us to exist in the eyes of others?

Will we be able to raise our consciousness sufficiently to understand that work can serve the fulfillment of our being and that we no longer need to cut our lives in two to do what really makes us want? Will we be able to demand that society reorganize itself to make this miracle possible for all of us?

Will we have enough love for ourselves to make this gift to us?