We are not in the era of communication. Actually, we live in the age of separation and division.

As I write these lines, I am in an anonymous apartment on the top of a large anonymous tower erected in the starless sky of the night.

I look out the window: I see other buildings as far as the eye can see, with thousands of windows behind which thousands of other people like me live in the small concrete box that is their apartment. Tomorrow morning, we will all meet together in this other metal and glass box that is the subway. It will repeat the same scene as every day: the pressed crowd, the frozen faces. Each individual locked in the tunnel of his thoughts, just as the metro wagons that transport us are condemned to turn in circles in the same path.

The metro will take us to the ultimate straitjacket of our journey, the office. We will perform our tasks there, giving the signs of seriousness expected by the system. Punctuality. Well written reports. Impeccable dress. Smartphone in fashion. Don’t forget to send an e-mail to cover yourself in case of a problem.

Yet, in the silence of our soul, a voice will speak to us of another reality. Seeking to snatch us from the fog of artificial desires and emotions, it will remind us that we have come into this world to experience joy. That another existence is possible.

But that is also foreseen. The systems of order in which we evolve have become so effective, so refined, that they cut us off from this voice even before it could reach us. Post the photo of the day on Facebook. Beat my record at Candy Crush. See the latest episode of the TV series of the moment.

Initially, the Internet should be an open network based on global participatory governance. But instead of becoming a global agora, it has transformed itself into a gigantic entertainment center that dissipates and recycles collective energy. 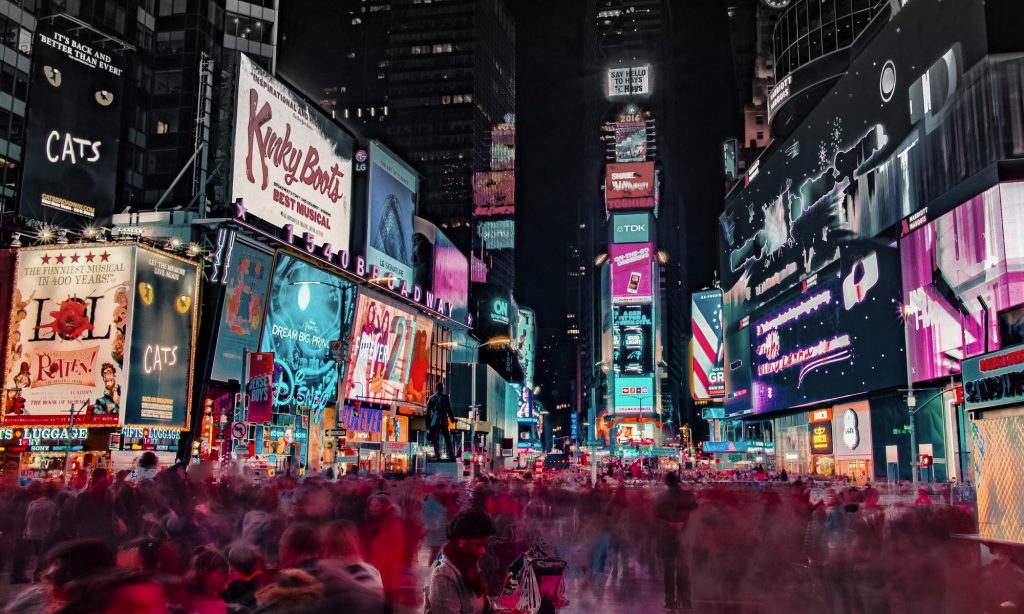 And the more the world around us becomes crazy and scary, the more we huddle in the comfort of our daily routines, ignoring the inner voice that seeks to reach the surface of our consciousness.

Maybe then our body will take over. Revolted by the stress we impose on him, by the absence of love, it will in his turn seek to attract our attention by forcing us to stop.
But here again, solutions are planned. The medical system will interpret this signal as a disease, a simple discomfort to be eliminated. This time, it is chemical shackles that will be applied to us to neutralize the symptoms. And if our body persists in shouting its revolt, if the simple stomach ache becomes an ulcer, and the ulcer becomes cancer, then medicine, in its great compassion, will content itself with eliminating the “sick” organ.

In other words, all angles are covered. They make up a circle: education, health, work, entertainment. It’s a perfectly oiled mechanism where everyone follows the plan assigned to him.

Actually, we live in the age of separation and division. In ancient Greek, the word division is termed “bolos” and the term through is termed “dia”. Therefore, the one who reigns through division is the “Dia-Bolos,”. That is, the Devil.

The realm of the Divider

There will be no revolution to free us. No spontaneous collective awakening. The outbursts of terrorist attacks, climate disturbances, everything that should liberate us, actually feeds a Prison of Hearts that now extends to the whole world. 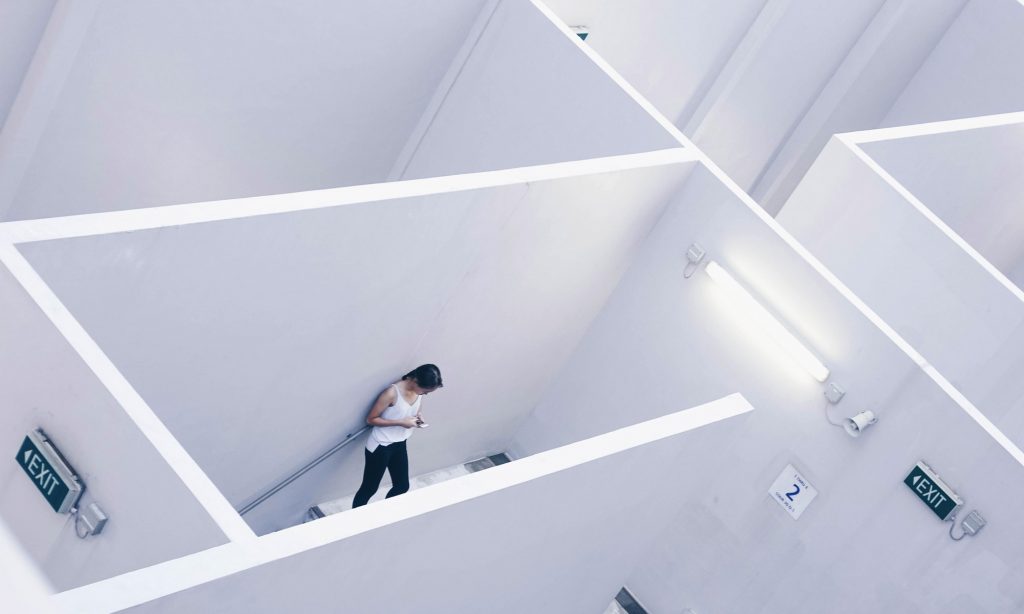 We think we have completely overcome religious thought, but in the deepest sense of the word, we live in the age of the Devil. That is, at the moment when division reaches its optimum. It is even worse than that: not only do we live in the age of the Devil, but the Devil also lives in us. For the Devil is not the grotesque character represented by religions. It is a mental device that we carry within us and that leads us to endlessly dividing things to understand them. This device keeps us permanently in the illusion of control, and leads us to miss the real information, which presents itself to us by way of intuition and heart.

We, collectively, have become part of the Devil. It is expressed in us by the coldness of our thoughts, by our indifference, by our possessiveness. This false knowledge dominates our lives to such an extent that we no longer realize what has been done to us. The Devil deprives us of empathy. It makes us isolated. In ancient Greek, isolated is termed “idios”. It indicates the singularity, the peculiarity in so far as it is deprived of the bond with the others. In other words, the Devil turns us into idiots, who live in an idiocracy.

Evidence is everywhere: we are destroying the environment that allows us to survive as a species, but we have become so stupid that we continue to push on that path, even though we see it leads to a precipice.

That is why there will be no revolution to free us. No spontaneous collective awakening. The outbursts of terrorist attacks, climate disturbances, everything that should liberate us, actually feeds a Prison of Hearts that now extends to the whole world. Fear has become too present, too strong, too internalized by the majority.

The same causes produce the same effects. They will produce them again. The Devil has already won. He has plunged us into a hypnotic somnolence, a feverish indifference, or each one is so focused on preserving his little universe that he comes to accept all compromises rather than seeing it challenged.

If fascism returned to power, our collective resistance would be even weaker than in the past. Always ready to proclaim our revolt against injustice, we do not even realize that we have been conditioned to accept it at the moment when it will present itself to us, without discussing, as a perfectly normal thing.

But then, how to do? How to fight?

The love dance of light and darkness

True transformation will occur when more and more beings will rise to face the test of power and remain human. 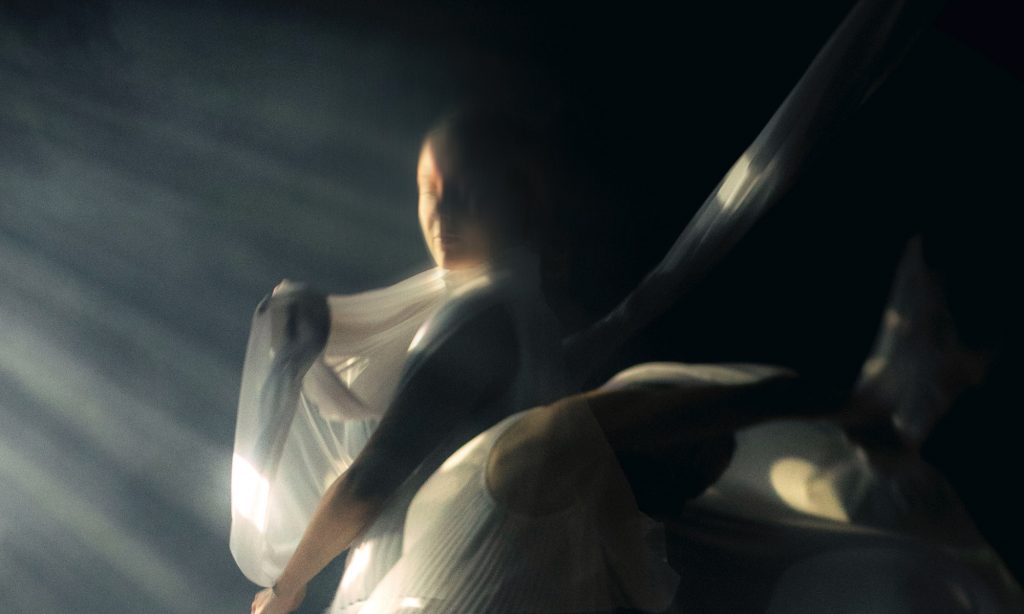 The answer is very simple: do not fight against the Devil.

The main reason why the same patterns have repeated themselves so far is that we have refused to look evil in the eyes. We have rejected it outside of ourselves, and it has taken on the dimension of a collective shadow, reconstituting itself whenever we thought it finished. We refused to compromise our purity by dirtying our hands, and that this purity kept us powerless more than anything else.

We will not change the World by remaining pure.

The strategists who control the system have cut themselves off from their hearts. They no longer feel, and that is why they are so effective when it comes to seizing power. But their power is sterile: for it is not nourished with love, it produces only more suffering and tears.

True transformation will occur when more and more beings will rise to face the test of power and remain human.

For the first time, significant changes are emerging: schools without teachers, companies without managers, banks without bankers, freed from the traditional financial circuits. Yes, collective intelligence takes shape in the world.

But where do you think the changes are coming from? They were made possible by beings who danced with the Devil. Who learned to evolve within the system, to use its arcana and its techniques to create radical breakthroughs. They are the true transformers of our time.

You want to make a difference? Learn how the Devil works. Learn how the masses are handled. How marketing influences decisions. Understand how leaders reason. Do not reject money as something evil.

And simultaneously, always stay in your heart. Make him your guide and protector. It will give you the strength to unite everything, to overcome everything.

Become detached from everything, and revolted against everything. Learn to fight with love, to lie with love, to earn money with love. Stay at the equinox of the Angel and the Demon, learn to breathe this paradoxical air, and your actions will resonate with the World.

The real transformations are still to come: we live in political systems that were conceived more than two and a half millennia ago. But how the new generations will make decisions for their collective destiny will be different from everything we have known.

Digital will create new forms of organization, based on work and distributed knowledge. They will be both collective enterprises and online governments, where decisions will be made on an ongoing basis and will function with intelligence and responsiveness that we do not even imagine possible. Politics will become a collective game, and this game will change the face of the world.

This collective energy boils. But we are still far too wise, too well-thinking, too focused on the forms of the past to free it effectively.

Let’s dare. Let’s shake the rules. Let’s set free a wind of creative madness. We owe it to this new world ready to arise.