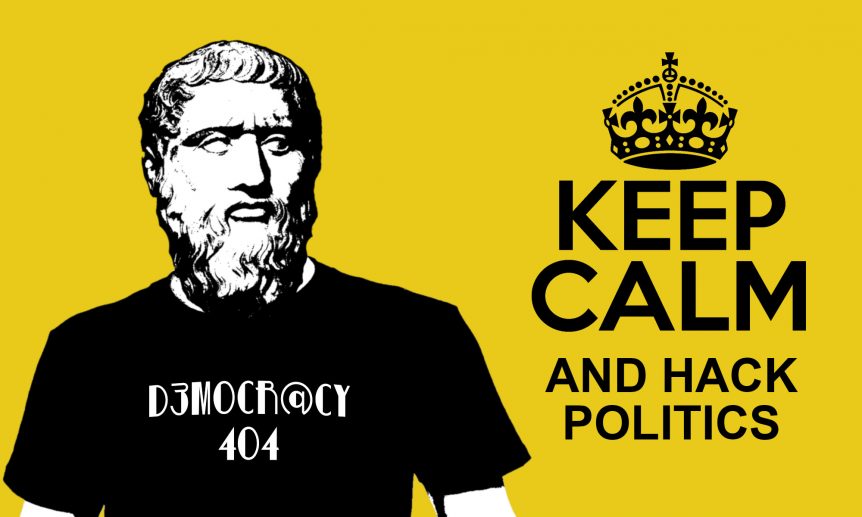 The Internet has disrupted all sectors: communication, education, transport, distribution, finance … There is one, however, that has not yet been reinvented by Internet: politics.

We still function today according to principles that were established more than two and a half millennia ago by philosophers such as Plato and Aristotle, who first modeled the different systems of power within the City.

Yet since that time, the only notable innovation in politics has been to replace the bronze tokens used by the Greeks with paper bulletins, which do not even have the advantage of being reusable!
We forget that these philosophers were great innovators in their day, and that if they were alive today, it is almost certain that they would use the Internet to imagine a completely different way of consulting the collective, share knowledge and act together

The origins of democracy 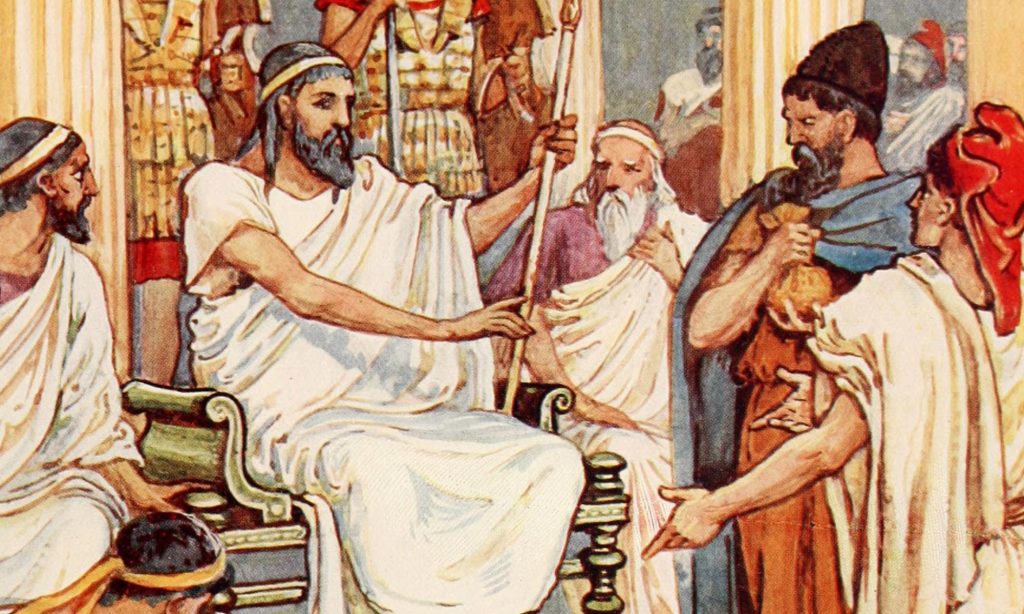 To understand the limits of current democracy, one must understand its origin. Democracy was invented within the framework of Greek city-states, mainly in reaction to the debt crisis that then shook Athens, approximately in the 6th century BC.

At that time, the introduction of money triggered an unprecedented boom in trade. This phenomenon is both positive as it accelerates trade and economic development, and negative in that it causes a concentration of wealth in the hands of a small group of possessors.

Farmers, in particular, who have borrowed to develop their business, are obliged to sell their land and become slaves to repay their debts. The imbalance between the rich and the poor becomes such that the City threatens to collapse. In response to this danger, Athens reorganizes its political system by giving a much greater collective power to the citizens.

Thus, at the very origin of Western civilization, we find the ingredients of the relationship between liberalism and socialism: on the one hand, a desire for unlimited expansion, driven by individual initiative and based on a vertical concentration of power; on the other, a desire for equality based on the common good and on a horizontal social model.

When you look at it from this perspective, it is clear that the current situation in which we find ourselves – where less than 1% of the population owns more than 99% of the world ‘s wealth – is a repetition of this situation at a global scale.

Democracy was born as a defense against the excesses of an economic system based on possession and debt which ultimately threatened the foundations of the social order. But while two and a half millenniums later, the system of debt has been able to take full advantage of new technologies to manage micro-transactions to the nanosecond and create money from nothing by means of mathematical models of the fractional reserves, the democratic system stagnated, producing almost no innovation.

And the trend towards vertical concentration of power is once again threatening the survival of the collective as a whole.

A cycle has been accomplished, and we are thus confronted with the same question as the beginning of Western civilization: how to restore a collective power of decision to counter the power held by a very small number?

Towards a crisis of representativeness 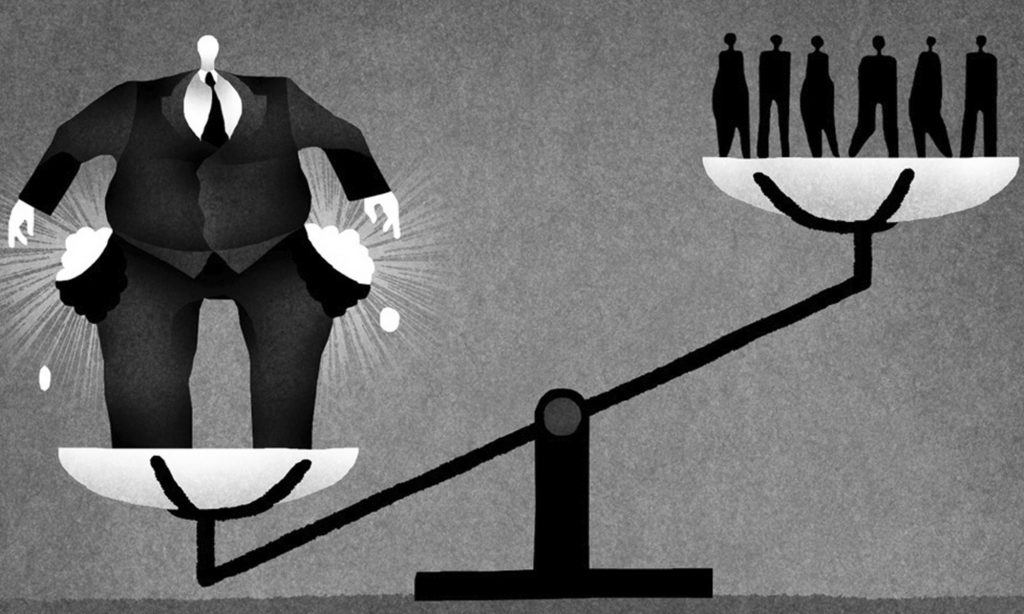 From this point of view, not only representative democracy does not protect us from a quasi-feudal system where every hour of work produced on the planet will feed the power of a number of possessors who can hold around a table, but it paralyzes the collective as a whole.

Etymologically, democracy means “government by the people”. In the representation we have of it, we consider it to mean that any citizen can be elected to a position of responsibility.

This view is totally contradicted by the statistical data. The chances that an ordinary man or woman will have to be elected president, for example, is almost zero compared to those of an individual who has either a network of influence, or considerable wealth, or both.

This is why Aristotle said that when the magistracies are elective, they are not democratic but oligarchic. The oligarchy is a system in which power is held by a caste of individuals who cooperate with each other through money and networks. And it is a fact that the individuals who are in power in modern democracies all come from circles of power, because it is only on that condition to have sufficient visibility to campaign and get elected.

By comparison, democracy as defined in the ancient world consisted essentially of a system in which officials were chosen at random from a population of citizens, the only way to ensure that they represented a meaningful sample of the people.

It is also for this reason that Plato and Aristotle considered that the oligarchy was one of the worst systems, the closest in essence to the dictatorship, since reserving access to power to a very small number. 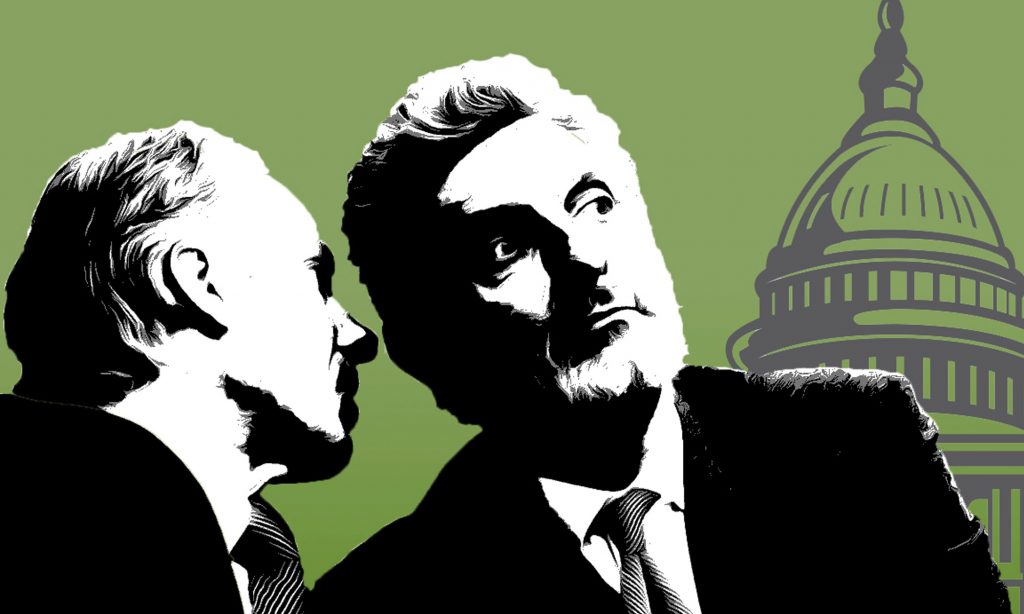 The first consequence of this system is the pre-emption of politics by parties and lobbies. As it is influence that determines access to power, it is the group that is capable of organizing itself into a monolithic and pervasive force that is most likely to win an election, much more than the one who proposes constructive ideas.

This is why the political life of almost all modern democracies has been organized around a twofold divide: the one between the people and their representatives, and the one between opposing parties, usually reduced to two.

Theoretically, this cleavage is supposed to ensure a healthy political debate: the people elect a representative in both major parties on the basis of a political program, and this elected representative constitutes a government to carry out the program in question while the opposition plays the role of a critic.

In practice, this model does not work. First, a number of major themes, such as education, health or ecology, cannot be resolved in the space of four or five years: they can only be reformed over a longer timeframe.

But since the primary concern of the representatives is to be elected (or re-elected), they tend to promote popular measures, especially in the run-up to a new ballot. So the changes are often superficial and contradict each other.

Then, apart from elections, democratic life suffers from a flagrant lack of popular consultation: once elected, the representatives have their program, supposed to serve as a roadmap. However, the people have no way to participate in decision-making. Elections are therefore the only time that a real exchange takes place with the representatives: the rest of the time, there is a gap between the ordinary man and the decision-makers.

The death of Commons 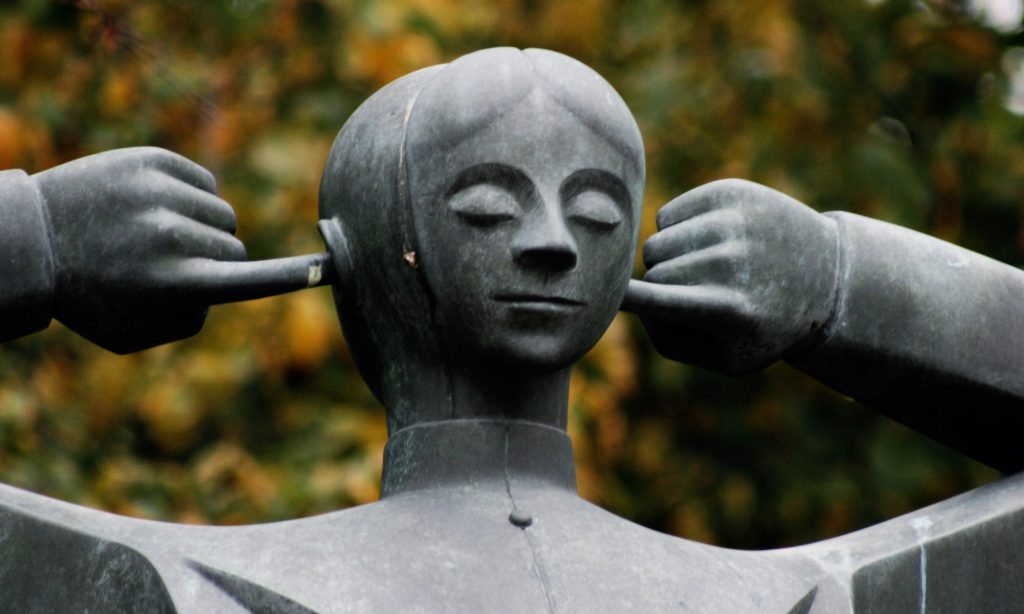 Ultimately, this mode of operation has totally disempowered the people, for whatever the problem, it is rejected on the side of the political power. And as power never ceases to pass from one camp to the other, people never turn to the only true source of solutions: themselves. They become content with complaining, suffering, and then voting for the opposing party once the ruling party has finally used their patience.

Representative democracy thus evokes a very strange harness, composed of a heavy-bodied animal advancing painfully between two masters who shared its exploitation and who must stop at regular intervals to obey a ritual consisting in flattering the croup of the animal just in order to be able to direct it at leisure for a few hundred more kilometers (and in a direction often contradicting the preceding one).

There is indeed a method of consultation which makes it possible to reconnect the people and the politics outside the elections: the referendum. However, the latter is only very rarely used by the leaders, or it ends up used in a populist logic.

In any case, politicians know that the people have no choice: since the mass avoids voting for extremes, the institutional parties just need to give the appearance of a contradictory debate to be assured to share  power indefinitely.

Theoretically open to all, the latter is in practice trusted by a small group. Not to mention the “permanents”, that is to say, all the shadow characters that remain in place independently of the elections. Edgar Hoover, the undisputed boss of the FBI for forty-eight years, who eventually became more powerful than the President of the United States, is a striking example, but there is a whole population of intelligence directors, Other semi-official leaders who accumulate an enormous amount of power outside of any citizen’s control.

This professionalization at the extreme of politics leads to ridiculous situations: by adding up the size of the main political parties in France, for instance, there are barely 400,000 members, which represents less than 0.6% of the population of the country.

The logical consequence of modern representative democracy is therefore a massive disempowerment and the almost total disappearance of the Communes in modern society.

To understand what it means in practice, just walk around a park on Sunday and see how people behave in a public space. Rather than being concerned about a common good, most let waste drag on without worrying about the consequences. This behavior stems from a level of consciousness where the majority considers that nothing is its responsibility. The intention expressed in this way is as follows: “From the moment I voted to elect a representative, everything becomes his responsibility (or that of the State). It is up to a higher authority to settle all problems in my place, even dirt in my street. ”

Towards a new form of democracy

With such a lovely picture of representative democracy, the reader may wonder what way to find this impasse. The good news is that when a model has reached its limit, it is sometimes enough to put the system upside-down to find the answer.

Let us examine for a moment the common features of current political systems: periodic forms of consultation with cycles of four to seven years based on binary decision procedures (yes / no vote); An alternation between two major parties sharing power; Exceptional consultation procedures (the referendum); A superposition of the political system with national borders (democracies exist at the level of a country); The contradiction between a proclaimed freedom of choice and the fact that in reality the leaders are the result of a closed caste. Finally, collective disempowerment that leads to widespread idiocracy.

Let’s reverses this model, and it gives something like: a global system with continuous consultation, using non-binary forms of choice, leaders from all walks of life and Constantly stimulates responsibility and collective intelligence.

Such a model was still a dream ten years ago, but civictechs are paving the way for its realization, which is the political translation of the connectivist and decentralized model of the Internet.

I would present in more detail how such a model can work in concrete terms in an article entitled “Augmented democracy”.